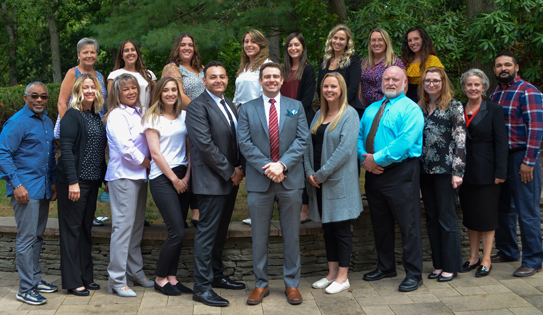 Rick grew up on the North Shore of Nassau County and attended Chaminade High School in Mineola. During his college years, Rick combined his passion for music and psychology and obtained a Master's Degree in Music Therapy from NYU. While working in the field as a music therapist with various populations, Rick's love of the geriatric community was cultivated. This led him to apply his music therapy skills in the nursing home setting, where he became a Director of Therapeutic Recreation. Once in this setting, Rick continued to advance professionally, while maintaining dedication and passion for helping others and spreading joy.

Rick began his journey as a Licensed Nursing Home Administrator in 2014 and has achieved many successes in this role. As an Administrator, Rick thrives on providing the highest quality care for his residents and creating the optimal work environment for his team. In addition to traditional administrative duties, Rick can be found traveling through the halls of Water's Edge with his guitar strapped on, singing songs that both residents and staff can enjoy together.

Currently, Rick lives in Port Jefferson Station with his beautiful wife, rescue dog, and a new addition on the way!

< Back to TEAM PAGE
Schedule a Tour